Skip to content
Press play
Another day
Of dishes, dirty clothes and diapers
Come play with me
Hold on…
The floor is sticky
Yesterday’s cheerios crusted over
Remnants of little hands on the table
What will visitors say?
Come play with me please
Their rooms
An endless supply
Of tiny traps,
Ninja turtles, dinosaurs and books
Come play with me NOW!
Sigh…
How did it come to this?
Me, not keeping up
Drowning
In seemingly simple tasks
I love you, mama!
Small arms wrapped around my legs
A tiny face, buried into my bottom
I reach out, kiss his forehead
Say I love you, too 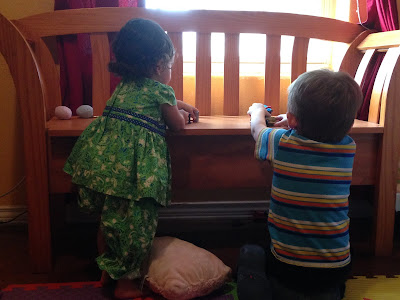 And we play.
The Master Gardener toils with the soil
Gardening gloves, a sun visor and pruning shears, her constant companions
Her hands pull the weeds from the already dead square-foot garden
Remnants of a tomato plant and basil deep below
What remains, a fresh canvas of possibilities
The tiniest seed is planted and covered up in great faith
A sprinkle of water and a healing touch to begin
A new crop
A season of waiting yields a small, green leaf that brings great joy
The gardener’s eyes ever keen as she turns and inspects the harvest
Careful to remove anything that will choke and devour
Her fingers smell of sweet basil and green beans
The gift of growing that will feed many
The gift of peace that comes
As soon as her hands touch the dirt
Each garden tells a story, of love and friendship
Moments of great joy
And seeds sown with tears
Each patch planted leaves behind
Evidence of her time there
A constant reminder
Of the lives she affects
Ever pointing upward
To the Master Gardener Himself
Dedicated to Angela McGowan Barnard 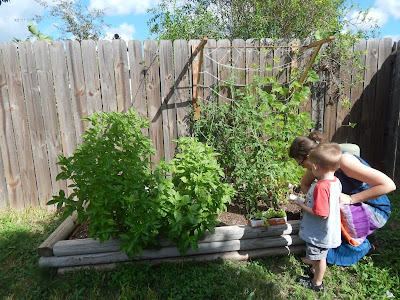 Take me to the place where
My toes meet the sand,
And my hands discover castles
Where the water rushes to the surface
There you’ll find me
With my feet sinking down, down
As I walk and splash, walk and splash
I can hear my mother calling
But it’s time for me to catch my wave,
My visceral wave consumes me
The euphoric song of the sea illusions me
And takes me to that deep place
The hard rocks
My feet slip and bleed
I get caught in the under current,
Marred by seaweed
The taste of salt burns my nose
As the water threatens to choke my hope
In the distance I hear a myriad of voices
That sound like crashing waves
On the horizon as the sun sets
The Voice calls
I fight and steadily race back to the shore
Gliding in on the suddenly peaceful waves
Crawling in on all fours
With my hands sinking down, down
There you’ll find me
And in the distance I see
A sunrise 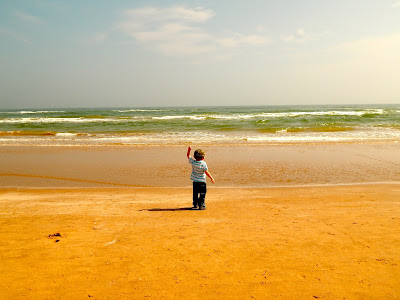 A chance to begin anew

I know, you couldn’t resist reading this story with a title like that!  It was the year 2005, my first year as a 5th grade teacher.  My classroom was on the second floor of McKinley Elementary in Des Moines, Iowa, a school built in the early 1900’s.  I still miss the wooden floors and rocking chair that became my second home.  If you had told me, years before, that I would have ended up a teacher, I would have laughed in your face.  Literally.  It seemed too simple… too predictable.  But more on that later.

I was seated at the back of the classroom at a table with a group of six students.  For an hour and a half each day, our school practiced SSR (or, Sustained Silent Reading, for you non-educators).  The students I sat with were the most advanced, talkative bunch you can imagine.  We were reading Charlotte’s Web, and were at the part in our discussion where they each got to share connections they made from reading previous chapters.  With this particular brood, staying on track took extra effort.  McKenzie raised her hand and was the first to speak.  “Ms. G., I was reading this nonfiction book about animals the other day.  What are pig testicles?!”  she asked intently.

I stared blankly at her for about one second, my mind racing to think of the best words to use to respond to her.  No college textbook, manual or student teaching had prepared me for this particular inquiry.  Before I could speak, Jacob jumped in and said, utterly shocked, “You don’t know what pig testicles are?!”  McKenzie shook her head, no.

Jacob proceeded to cup his hands like he was holding two big, invisible water balloons and responded, “You know, hog nuts!”  McKenzie’s face immediately went from confusion to dumbfounded amazement.  “Oh…” was all she said in response.  And knowing that she now knew the meaning of pig testicles, we went on with our lesson.